Who are AMS Clocks?

Who are AMS Clocks?

It all started in 1841 in Reading Berkshire where Mr  Mayer of AMS started selling clocks in England made by his father Andreas Mayer.

We offer you the added value of being based in the UK,   you can benefit from our many years experience in the clock trade and our ongoing UK support. The majority of our customers have mentioned that they had previously spent time looking for an Antique Clock, and that any clock over fifty years old is commonly described as such by a vendor.

Customers have informed us that they find it difficult to ascertain the real value of any particular clock that they have seen! This brings us to the following questions – what is a genuine antique, how do you ascertain its quality, what is its real value, what will it cost to maintain and will it keep good time?

Our Mechanical clocks can simply be described as antiques of the future. All antique clocks were new once. Our clocks have the benefit of a chime, (melody) and a manual chime silent. Most have an automatic night silent facility with quality movements from Kieninger and Hermle, and automatic beat feature giving many years trouble free enjoyment. We only sell the best! 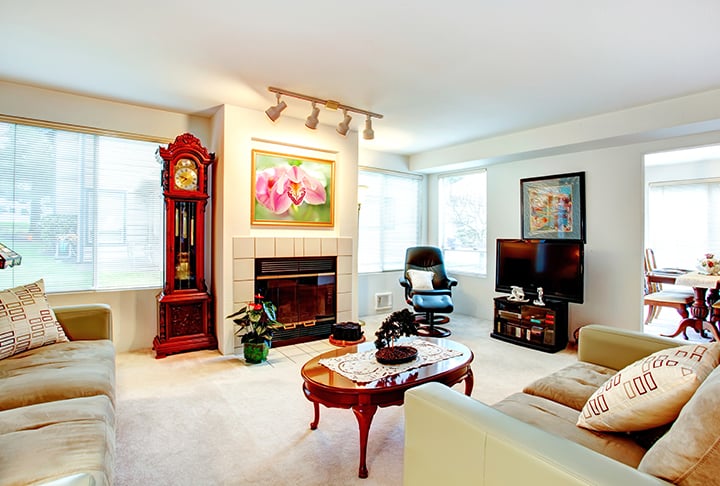 Add a timeless silhouette to your space in the form of a majestic Grandfather Clock. Elegant, chic and eternally stylish, the Grandfather clock is a tall, freestanding masterpiece that has been enhancing hallways and rooms since the 17th century. A grandfather clock normally contains a weight driven pendulum clock, and range from around 6 to 8 feet tall. The long, narrow case of the clock is often ornate and elaborate, that frames the pendulum in the tower in addition to the clock face or dial. Grandfather clocks can also be referred to as Longcase clocks, and even though they are often thought of as old fashioned antiques, more contemporary versions are also available. Browse our selection for more information.

Traditionally, longcase clocks were made with two types of movement: eight-day and one-day (30-hour) movements. A clock with an eight-day movement required winding only once a week, while generally less expensive 30-hour clocks had to be wound every day. Eight-day clocks are often driven by two weights – one driving the pendulum and the other the striking mechanism, which usually consisted of a bell or chimes. Such movements usually have two keyholes, one on each side of the dial to wind each one. By contrast, 30-hour clocks often had a single weight to drive both the timekeeping and striking mechanisms. Some 30-hour clocks were made with false keyholes, for customers who wished that guests to their home would think that the household was able to afford the more expensive eight-day clock. All modern striking longcase clocks have eight-day movements. Most longcase clocks are cable-driven, meaning that the weights are suspended by cables. If the cable were attached directly to the weight, the load would cause rotation and untwist the cable strands, so the cable wraps around a pulley mounted to the top of each weight. The mechanical advantage of this arrangement also doubles the running time allowed by a given weight drop.

A quartz wall clock is electric, and maintains accuracy by regular vibrations of a quartz crystal. We sell only the best, high standard quartz wall clocks, in a variety of designs, shapes and sizes which fuse form and function with total reliability and accuracy. With the largest collection of quartz wall clocks on offer in the UK, we are confident you will find your ideal style of clock.

If you prefer a more traditional approach, then our range of classic wall clocks with pendulums would be an ideal choice. If your home of office is modern and minimalist, then we have a vast selection of simplistic and decorative wall clocks, ideal for any kitchen, lounge, dining room or hallway.